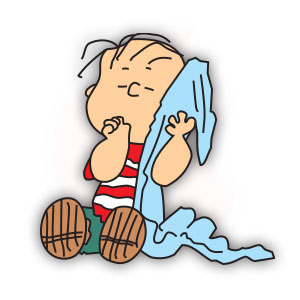 Linus van Pelt is a major character in Charles M. Schulz’s comic strip Peanuts. He is Lucy and Rerun’s brother. Linus always means well and tries to smooth over any storms that arise amongst the gang. A source of frustration for him is Lucy, who always belittles him, particularly over his security blanket.

In spite of his insightful nature, he has a naive belief in the Great Pumpkin. He is Charlie Brown’s best friend. Linus is usually depicted wearing short black pants and a shirt with black stripes. In the Peanuts animated TV specials, Linus’ shirt is colored red.