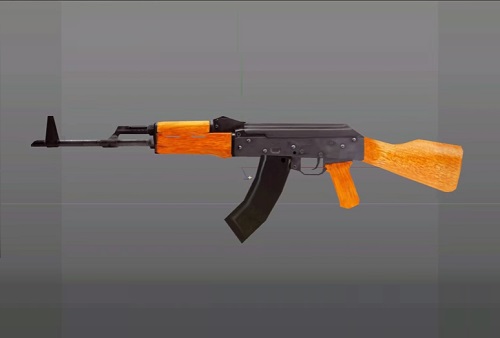 In this video tutorial we will see how to model an AK 47 rifle with Cinema 4D with a low polygon count. In addition to the polygonal modeling of the object, we will see how to apply materials with textures quickly and easily to make the rifle realistic. 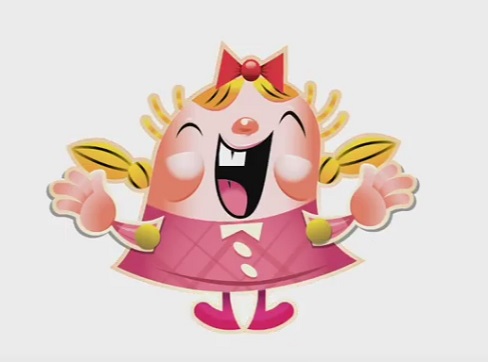 In this video tutorial we will see how to create a character from the Candy Crush game in Adobe Illustrator from scratch, from start to finish. You will learn how to draw different shapes and how to color a complex character. 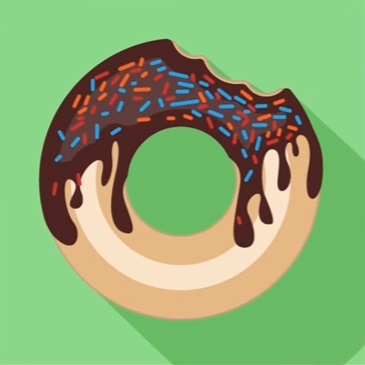 Donuts are the favorite food of many real and imaginary people such as Homer Simpson and beyond. In this video tutorial we will see how to draw a delicious vector donut garnished with chocolate and colored devils using Adobe Illustrator. An exercise that you eat with your eyes! 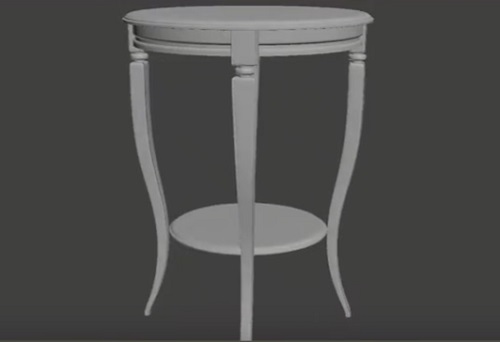 In this video tutorial we will see how to model a beautiful neoclassical table using Autodesk 3ds Max. An object that as usual is obtained by having a good photographic reference and with a little work. The exercise does not include materials but is an excellent example of modeling. 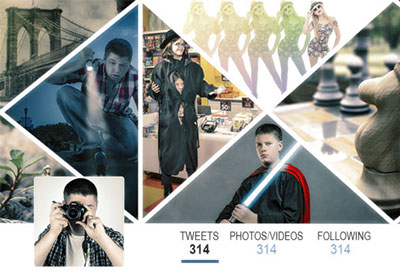 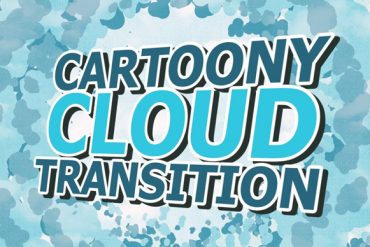 Creating a Cartoon Transition in After Effects

In this video tutorial we will see how to create an awesome cartoon-style cloud transition using the Trapcode Particular plugin and the 3D Orbit tool in Adobe After Effects. An excellent detailed and easy-to-follow exercise for intermediate users. 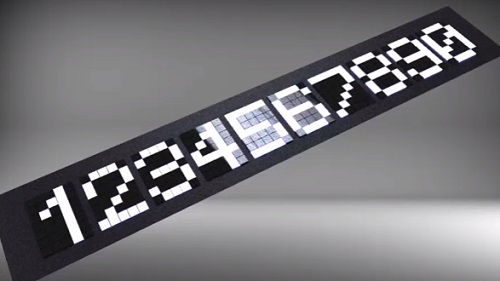 In this video modeling tutorial with Maya 2016 it is shown how to create a vintage display board with numbers made of small rectangles. A classic object that can come in handy to enrich 3d effect scenes. 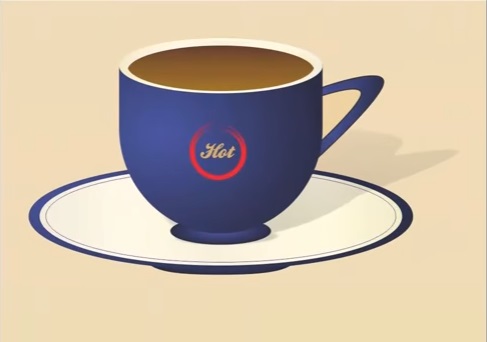 In this video tutorial we will see a lesson that shows how to create an eye-catching vector logo with a cup of coffee designed in CorelDRAW X8. An exercise that shows how to make a perfect cup using standard shapes and drawing tools. 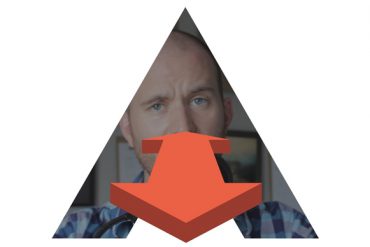 Create Fly Through Logo Reveal in After Effects

In this video tutorial we will see the creation process to create the effect of a camera flying by passing through a logo or text revealing the movie / image of the next scene. A sort of very cool transition, an effect that we can achieve using Adobe After Effects. 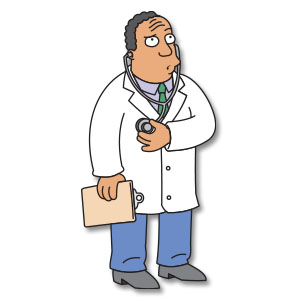 Dr. Julius M. Hibbert, usually referred to as Dr. Hibbert, is a recurring character on the animated series The Simpsons. His speaking voice is provided by Harry Shearer and his singing voice was by Thurl Ravenscroft, and he first appeared in the episode “Bart the Daredevil”. Dr. Hibbert is Springfield’s most prominent and competent doctor, though he sometimes makes no effort to hide or makes light of his high prices. Dr. Hibbert is very good-natured, and is known for finding a reason to laugh at nearly every situation.

Dr. Hibbert is the Simpsons’ (usually) kind-hearted family doctor, a near-genius (with an IQ of 155), a Mensa member, a graduate of the Johns Hopkins School of Medicine, and a former stripper. Hibbert is noticeably less dysfunctional than just about everyone else on the show, though he does have a bizarre tendency to chuckle at inappropriate moments. It is mentioned in Make Room for Lisa, that “Before I learned to chuckle mindlessly, I was headed to an early grave.” He reacts questionably to certain medical problems. For example, when Maggie saved Homer from drowning, he attributed it to common cases of superhuman strength in children whose parents’ lives are in danger. Likewise, he expressed only mild surprise when both of Abraham Simpson’s kidneys were revealed to have exploded. In a Treehouse of Horror episode, Dr. Hibbert discusses the possibility of Bart being a “genetic chosen one” who can cure a zombie apocalypse over the phone with the Simpsons while under siege from the aforementioned zombies. Though he manages to dispatch several with various medical equipment (taking down a nurse with an expertly-thrown syringe to the forehead), he is eventually overwhelmed and bitten after requesting that the Simpsons tell his wife that he loves her if they should encounter her. There are hints though, that Dr. Hibbert is not above dubious medical practices. After Marge talks him out of buying an unsuitable house, he suggests repaying her with black-market prescriptions. When he realized that Marge Simpson was initially unenthusiastic about having a third child, he implied that a healthy baby could bring in as much as $60,000 on the black market. Hibbert covered for himself against Marge’s horrified reaction by saying that if she had replied any other way, she would be sent to prison, claiming that it was “just a test”. It was also suggested in the episode “Wild Barts Can’t Be Broken” that he does not in fact have a medical license. Despite his seemingly honest and good-hearted personality, there is evidence that he is, at heart, a committed mercenary. In “Homer’s Triple Bypass”, Hibbert announces to Homer that his heart operation will cost $30,000. When Homer has a heart attack in front of him in response to this news, he says, unmoved, that the cost is now $40,000 – hinting the heart attack made him now require a quadruple bypass. In “Bye Bye Nerdie”, after Homer’s baby-proofing business eliminates child injuries in Springfield, Hibbert complains that he is behind in his boat payments because of this. He is a committed Republican and attends Springfield’s Republican meetings alongside Mr Burns, Rainier Wolfcastle, and a Nosferatu-like creature. Hibbert also freely wears fur coats, believing that while fur itself may not be murder, “paying for it sure is!” Hibbert is often seen in flashbacks (for example, Lisa’s birth, or Bart’s accidents as a toddler), and each time has a different hairstyle (afro, dreadlocks, Mr. T-style Mohawk, etc.) appropriate for the time period. 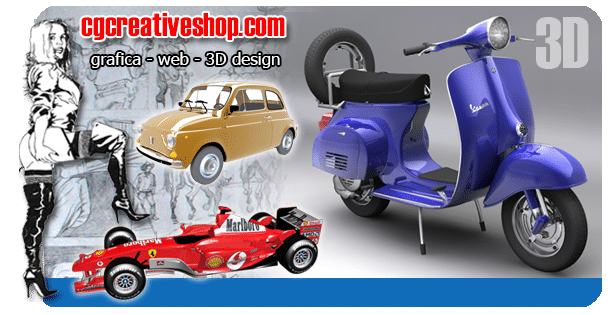