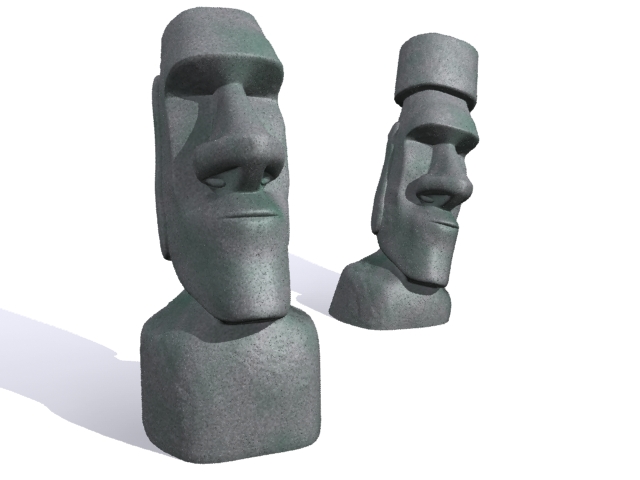 Moai or mo‘ai, are monolithic human figures carved by the Rapa Nui people from rock on the Chilean Polynesian island of Easter Island between the years 1250 and 1500. Nearly half are still at Rano Raraku, the main moai quarry, but hundreds were transported from there and set on stone platforms called ahu around the island’s perimeter.

Almost all moai have overly large heads three-eighths the size of the whole statue. The moai are chiefly the living faces (aringa ora) of deified ancestors (aringa ora ata tepuna). The statues still gazed inland across their clan lands when Europeans first visited the island, but most were cast down during later conflicts between clans. The production and transportation of the 887 statues are considered remarkable creative and physical feats. The tallest moai erected, called Paro, was almost 10 metres (33 ft) high and weighed 82 tons; the heaviest erected was a shorter but squatter moai at Ahu Tongariki, weighing 86 tons; and one unfinished sculpture, if completed, would have been approximately 21 metres (69 ft) tall with a weight of about 270 tons. The islanders themselves tore down the standing moai after their civilization broke down. 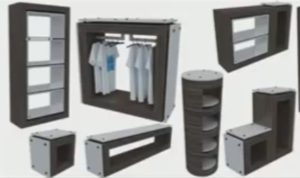 In this interesting video tutorial we will see how to quickly create a series of 3D furniture for the home using the Autodesk 3ds Max polygonal modeling program. An easy…

END_OF_DOCUMENT_TOKEN_TO_BE_REPLACED 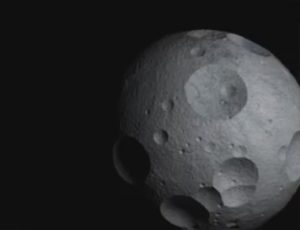 In this excellent video tutorial we will see how to make a very realistic 3D Moon using the Autodesk 3ds Max polygonal modeling program. A complete lesson to have a…

END_OF_DOCUMENT_TOKEN_TO_BE_REPLACED

The Walt Disney Company, commonly known as Disney, is an American diversified multinational mass media corporation headquartered at the Walt Disney Studios in Burbank, California. It is the world’s largest…

END_OF_DOCUMENT_TOKEN_TO_BE_REPLACED 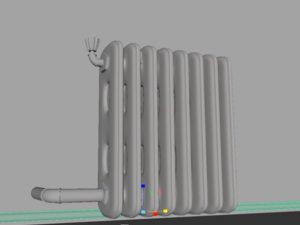 In this interesting video tutorial we will see how to make a 3d radiator using the Autodesk Maya modeling and rendering program. A complete and detailed lesson for a useful…

END_OF_DOCUMENT_TOKEN_TO_BE_REPLACED 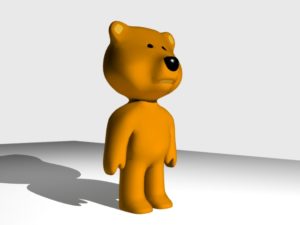 The teddy bear is a soft toy in the form of a bear. Developed apparently simultaneously by toymakers Morris Michtom in the US and Richard Steiff in Germany in the…

END_OF_DOCUMENT_TOKEN_TO_BE_REPLACED 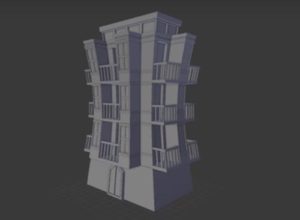 In this video tutorial we will see how to make a stylized 3D building using the free modeling and rendering program Blender. A detailed exercise that shows how to use…